Some transfer rumours just have the look of a non-starter from the outset. Take Wesley Sneijder (pictured, right) to Liverpool, for instance. On a reported salary of £200,000 a week, the 28-year-old midfielder is sure to insist on Champions League football should he leave Inter Milan – and his age and wage demands are hardly likely to appeal to Liverpool’s American owners. Other unlikely transfers include Fulham’s Brede Hangeland – whose contract expires in the summer – signing a long-term deal at relegation-threatened QPR and Andrey Arshavin leaving Arsenal for Reading. The Life’s a Pitchteam give their view.

“I can’t see it,” says the Mirror’s John Cross of Liverpool’s chances of snaring Sneijder. “He is desperate to get out of Inter, there’s no doubting his value and if clubs think that they can get him on the cheap, then he’s an extremely attractive option. But could I see him at Liverpool in this window? No, I don’t think so. I think he might go to Eastern Europe – Anzhi have been linked. It’s going to take someone with more money than sense to land him, and I don’t think it’ll be Liverpool, so I’ll give it a three out of 10.”

An even more unlikely transfer rumour is that of Hangeland signing for QPR, says the Mail on Sunday’s Ian Ridley. “Would you go to QPR in the January transfer window? They’re heading downwards. He will want good money because there’s no transfer fee. I can’t see this one. I think he’ll sit out his contract, he may even sign a new one with Fulham if it’s good enough. But he’s not going to QPR, certainly not in January. I’m going to give this nought out of 10.”

But while the Arshavin to Reading rumour might initially seem as implausible as these others, footballer-turned-journalist Adrian Clarke reckons it could be a goer. “A couple of months ago I would have given this a nought out of 10, but now I’m going to have to rate it at a seven out of 10, because it’s a rumour that isn’t going away. It boils down to Arshavin himself – is he prepared to take a big drop in wages? The issue is you can’t see Andrey Arshavin in the Championship next season, can you? I can see perhaps a loan until the end of the season and then, if Reading stay up, they’ll have the option to sign him on a permanent deal. Seven out of 10 that he’ll play for Reading this season.” 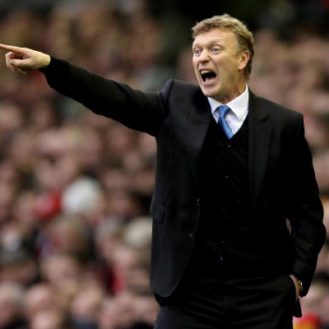