BT has announced its support for St George’s Park, the Football Association’s National Football Centre that will develop coaches, sports scientists and young players. And Life’s A Pitch caught up with the FA’s Director of Football Development Sir Trevor Brooking for an exclusive chat to discuss the centre and his aspirations for the national game.

Sir Trevor believes that the key aim of St George’s Park will be coaching. “It’s really putting the emphasis on coaching,” he explains. “It’s trying to give a much better coaching infrastructure, philosophy, how we want to play, and to support the clubs who will still all have the players.”

The FA hopes that St George’s Park will play a crucial role in producing a young generation of footballers who can play in a system where the goalkeeper rolls the ball out to defenders, rather than kicking it long. “If you look at the top level, everyone does that. Goalkeepers at the top level, at the top clubs, do throw out. But you could probably say that 75% of the 90 clubs in our league structure probably don’t throw it out. The argument from the coaches is ‘it’s alright you saying that, but we haven’t got the players to do that’. What we have to do over the next five to 10 years is get a young generation who can play out through the back.” 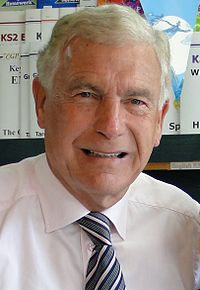 Sir Trevor admits that youth football in England is too results-driven, instead of having a focus on technical development. And he hopes that with the right philosophy, football academies can start producing more top-class players.

“We’ve got to have a philosophy right across the country, which starts at the grassroots. You identify the talent and they should then end up in the elite structure in the academies and the centres of excellence. It’s about developing the two or three [players] in every age group. And to do that you’ve got to be playing the right way.”

St George’s Park will be a key facility for developing coaches as well. And with the League Managers Association being located there also, Sir Trevor expects the likes of Sir Alex Ferguson and Arsène Wenger to be involved with helping younger coaches.

As Director of Football Development at the FA, Sir Trevor obviously has a good appreciation of the emerging talent in this country. And he regards Chelsea’s Josh McEachran and Everton’s Ross Barkley as two of the most promising youngsters likely to play at the highest level.

He also has hopes for Sunderland’s Connor Wickham, Birmingham’s Jack Butland, André Wisdom of Liverpool and Manchester United’s Will Keane.